We love and respect our horses

Once a horse joins the Rusaw family, it becomes a family member in every sense of the words. Horses at Coveside include past and present athletes for Jackie, brood mares who have produced the fine youngsters in development here, and trusted ponies now teaching the Rusaw children and other young people how to be effective and sensitive riders.

Neil was imported from Denmark winter of 2016 and has been settling in nicely. He has become a great member of the team and a rising star. He is a sweetheart in the barn and we look forward to developing him into the athlete he is. 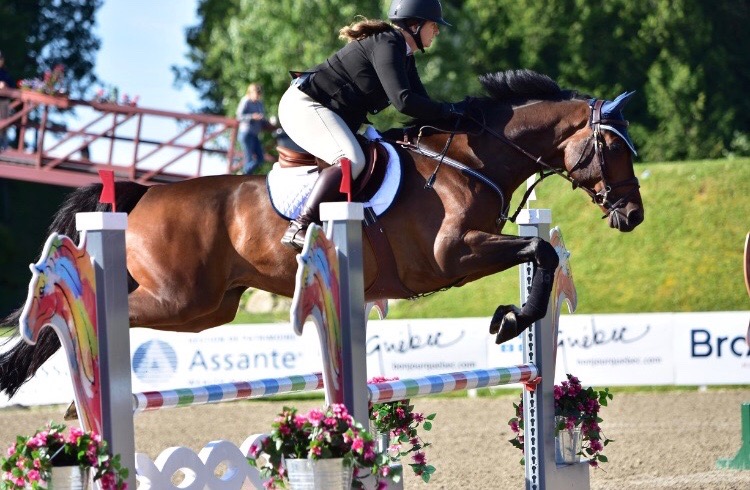 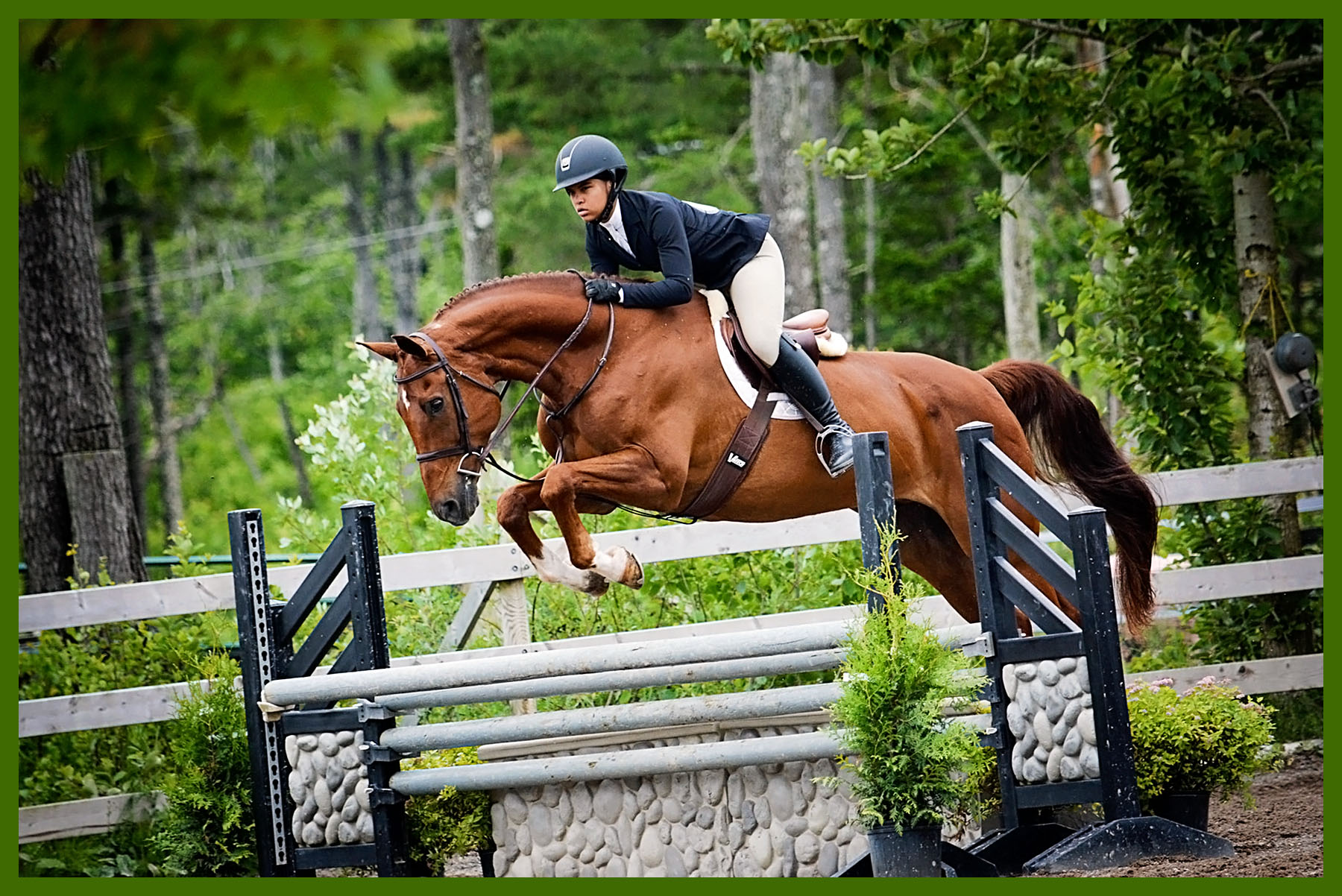 Tango is by the great stallion Idocus, out of Never Say Never, the foundation mare of Martha Haley’s successful breeding program. Tango is truly in love with his job. This horse gives 110% every time he steps in the hunter or jumper ring. He and Jackie shared an amazing relationship in and out of the ring. Together they had numerous wins throughout the Maritimes, Quebec and Vermont. In 2016, Jackie entrusted him to her student, Morgan Rogers, to teach Morgan the ropes in the equitation and childrens hunter rings. In 2018, Tango is ready for the hunters or jumpers. A true friend and athlete.

Sweetie and Rhyan Rusaw finished their career together on a real high note – the team qualified to compete at the Royal Winter Fair in the medium hunter pony division, and they have now been to the Royal three times. Rhyan and Sweetie went together in 2017 and had a great experience, bringing home ribbons to enjoy Sweetie’s retirement here at Coveside. Sweetie is a real sweetheart in the barn and Rhyan has had many great years of enjoyment and success in the pony hunters with this awesome pony. 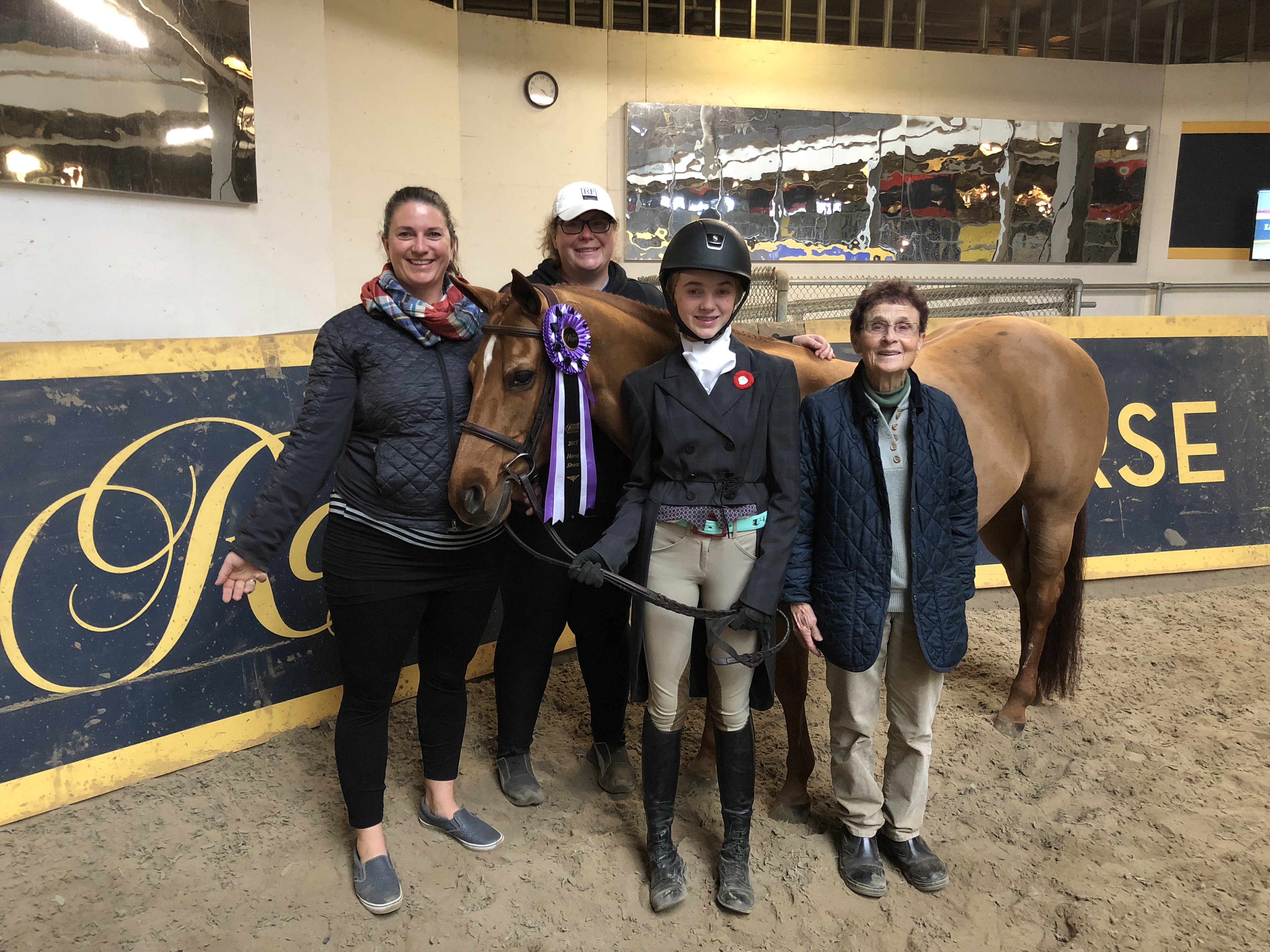 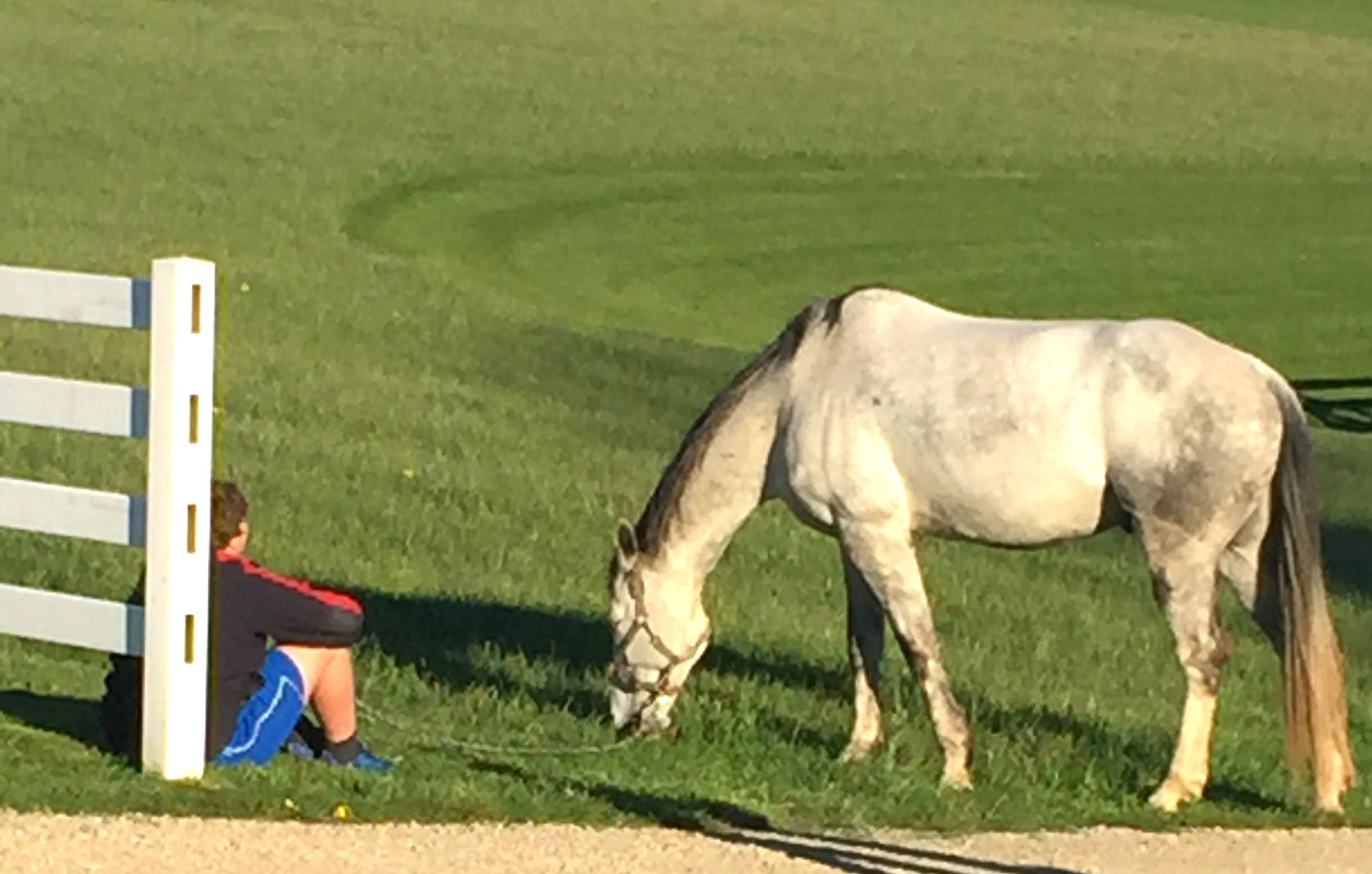 Ralphie has been developing in the hunter ring, and is the perfect partner for this developing rider. He is ready to teach in the low hunters. A real sweetheart and true friend.

Derby was born on Kentucky Derby day in 2008 here at Coveside Stables. In 2015, Steph Potter took over the ride and they ended the season on a high note as the Modified Hunter Champions at the 2015 Coveside Classic. They have developed an amazing relationship and stepped into the 3’6 Amateur Hunters in 2017, qualifying for the Royal Winter Fair 2017.; an amazing experience for both. Derby has a striking presence and turns heads wherever he goes. Steph and Jackie are looking forward to developing his true potential. 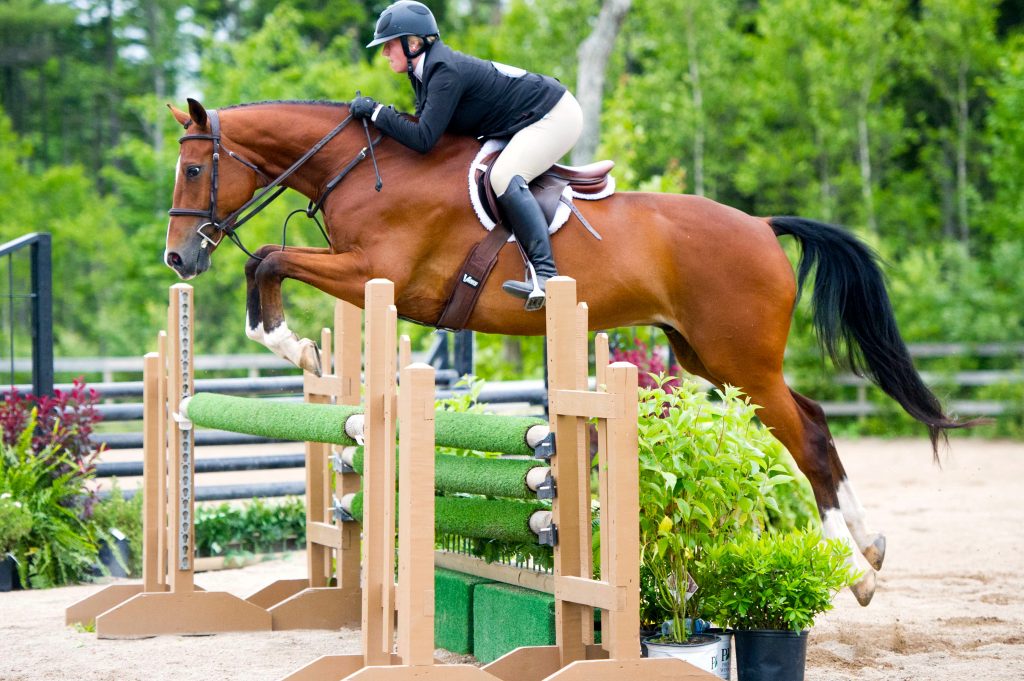 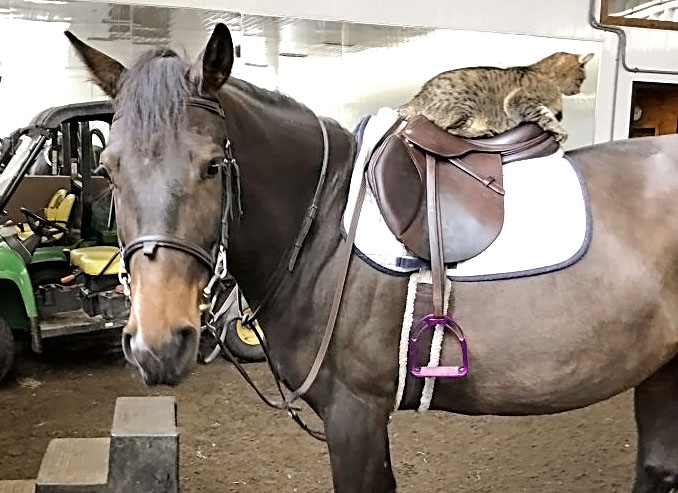 Hera is half-sister to Tango, out of Never Say Never by Banderas, the jumper stallion. Hera is proving to be kind, and a well mannered mare who settled in and beginning her show experience. She will be competing this year in the Baby Green Hunters. We look forward to watching her excel in whatever she decides to do.

Jimmy was the first foal born at Coveside, to Jody, Jackie’s beloved mare. Jimmy has been a late bloomer, but has now decided that he loves dressage and loves to perform. He loves the attention of his rider, Nancy Murray, and the more attention he gets the more he succeeds in his training. 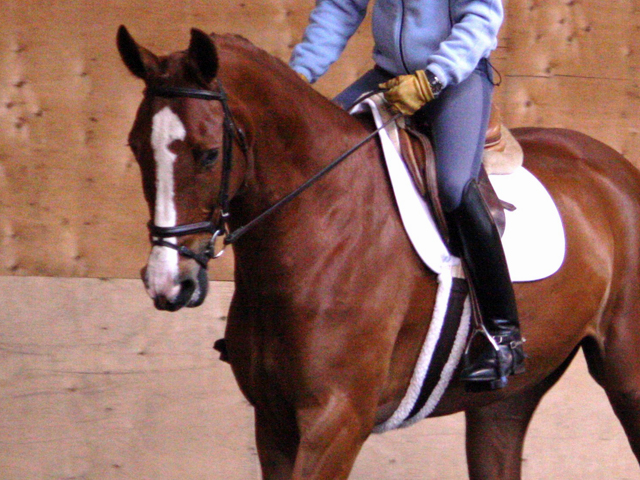 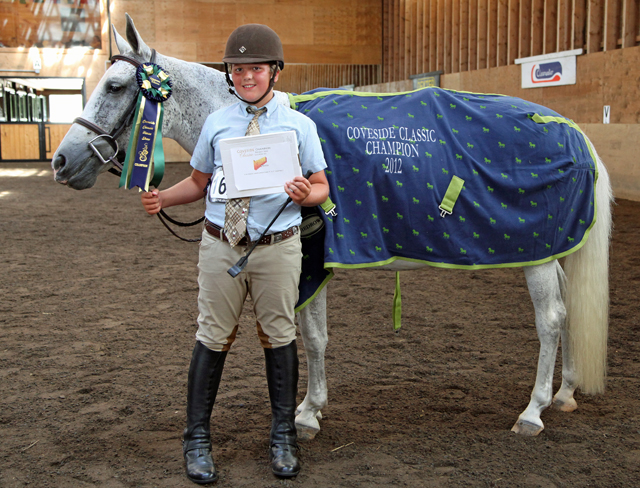 Ben is quite a man. He has been a best friend here at Coveside to many, and has taught several children how to ride a hunter course. He has shown successfully for many years, and he earned the right to compete at the Royal Winter Fair in 2009 with Katie Horn. He had the ability to teach the most beginner rider and he pinned for several experienced pony riders. Ben has retired and will be here for life. Jakob Rusaw rode Ben for a few years and he is pictured here winning the Novice Hunter division back in 2012 (Coveside Classic).

Acorn is Coveside’s resident small, who thinks he is very large. His outgoing personality is hard to resist. He has shown successfully in the pony hunters and with Sophie Locke made it to the Royal Winter Fair in 2012. He loves attention and will have many more years of success in the show ring. He is currently leased at Creekside Stables. 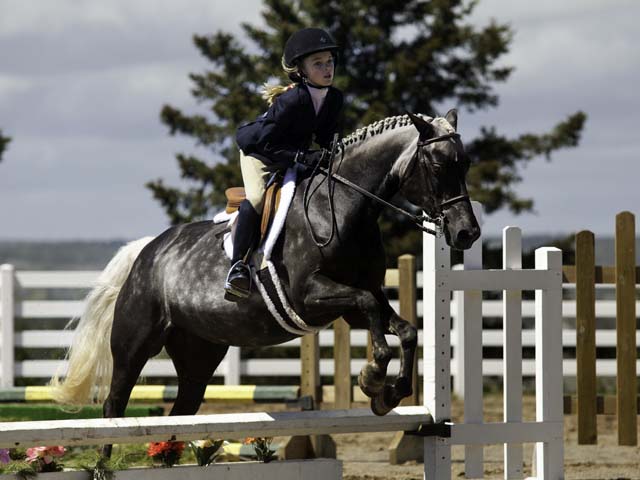 Dream is our resident teacher. She has been there and done that, and is so amazing with children of all levels. Dream has been successful throughout the years, and is currently leased to Anie MacIntyre and loving her new job.

Ziggy has no idea he is a pony. His horse stride and awesome jump allow him to be very competitive in the jumper ring. He was under lease to Lane Yuill for two seasons and they ended in fine form in 2014 in the Pony Jumper Division at the Royal Winter Fair, winning great ribbons. He has been leased for the 2018 season. We love watching Ziggy in the ring – always fast and careful. 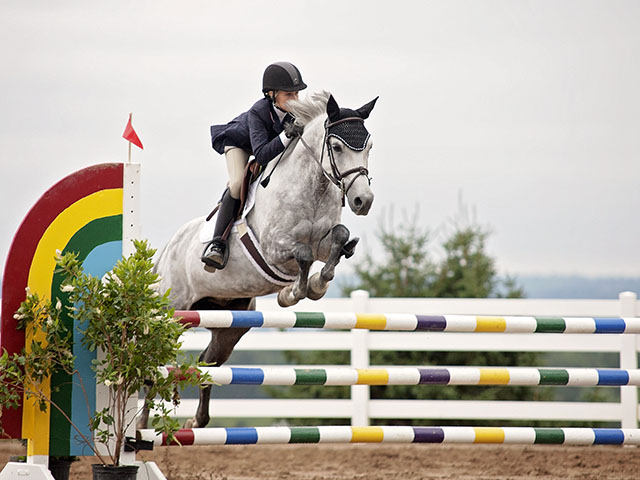 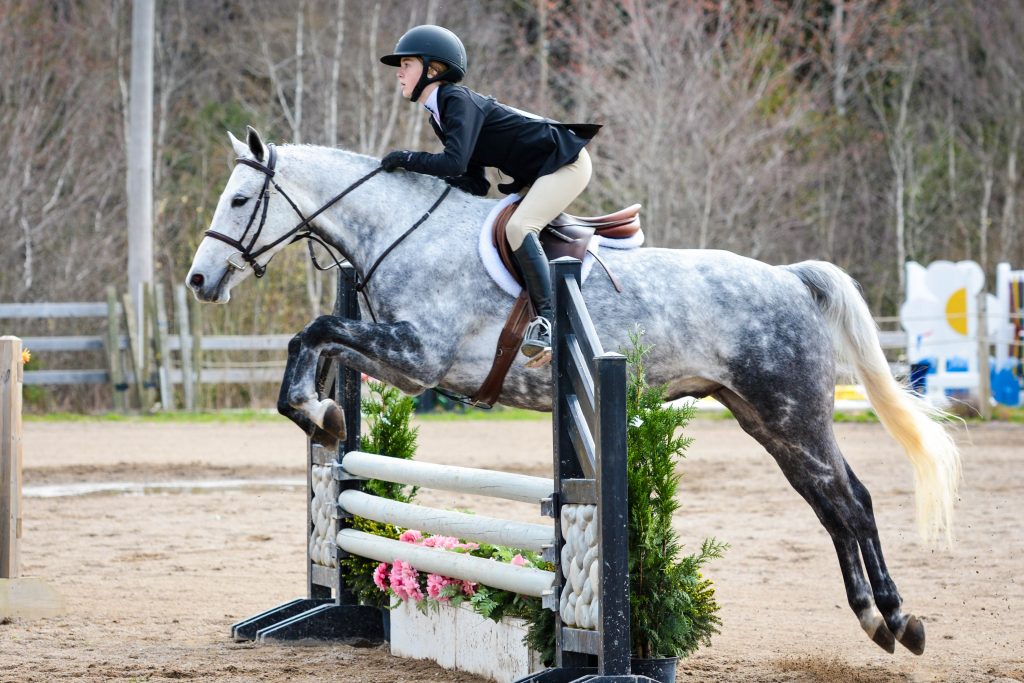 Spencer joined the Coveside Family early in 2014. He is an American Sport Pony, by the champion Morton’s Aristocat. He debuted in training shows in 2014 and he is now successfully competing with Rhyan Rusaw in the Large Pony Division.  They have earned many ribbons.

Moe recently joined the Coveside Family and we are excited for him to teach our young riders the ropes. He is a great partner in hunter or dressage and we look forward to a fun season in 2018. 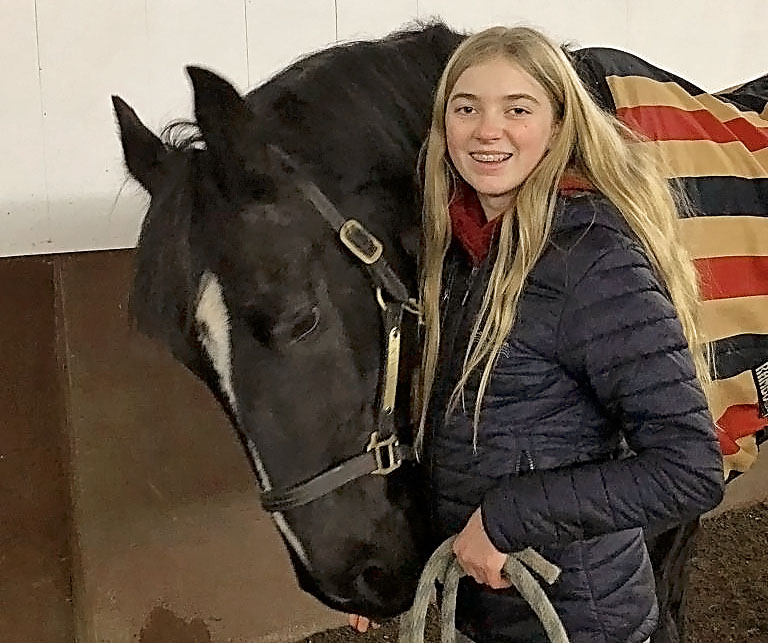